This week's Weekly New Release Report: April 21, 2015 features a handful of new or recent releases including Texas-based artist William Clark Green, Randy Rogers & Wade Bowen's 15 years in the making project, a look at recent albums from Humming House, Morgan Riley and new singles from Eileen Carey, Brett Eldredge and the new one from Willie & Merle! All in our Weekly New Release Report: April 21, 2015! 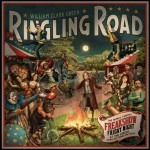 The rising singer/songwriter from Texas started his process of breaking out nationally with 2013’s Rose Queen but it will be Ringling Road which should really get fans excited nationwide for the talented artist who blends a Whiskeytown-era Ryan Adams style to many of his songs with country and heartland rock styles which comes out as William Clark Green. “Sympathy” is a song that could do very well on mainstream radio (it’s already a #1 in Texas) while “Creek Don’t Rise” simple sparkles with strong fiddle and lyrics guiding the track. The title tune “Ringling Road,” written with fellow national newcomer Ross Cooper and Randall Clay, “Ringling Road” is a musically interesting story song. “Final This Time” is the kind of duet (with co-writer Dani Flowers) that award show moments are made of. WCG has a voice that recalls stars like Billy Currington and punk/rock artists at times and it serves his music quite well. Rachel Loy’s production of Ringling Road is consistent and downright strong and like WCG, she’s definitely one to watch (check out “Old Fashioned to see why I think this). One final thing, the album art for Ringling Road is amazing and demands fans get the physical copy to see the cool packaging of the project. 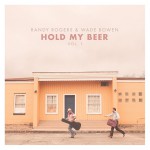 Are you looking for a long, lost Waylon and Willie record? If you are then you should take a listen to Randy Rogers and Wade Bowen’s first studio album together. Both well-known individually with their own record projects, together they offer up Hold My Beer, Vol. 1, a record fans have long hoped the two would release (based on the promise of their loose acoustic live shows). Now, with producer Lloyd Maines behind the boards, they present 10 tracks which mix humor and real, honest, country music. “In My Next Life” is a humorous look at their charmed lives and how they would want to do it all over the same way. They mix a handful of duets (“Standards” “In The Next Life” and “Reasons To Quit”) along with solo offerings throughout the rest of Hold My Beer, Vol 1. Until something else comes along, Hold My Beer, Vol. 1 is the best traditional country album of 2015. 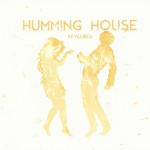 A talented string band fronted by Justin Wade Tom, the album features some great radio-ready sing-a-long songs in “Run With Me” (written by Tom with Right The Stars’ Rich Jacques) gets the record off on a great footing and all the way through to closer “Atlantic” Humming House proves to be a modern string band, infusing violins, mandos, violas, ukes, guitars and bass all into a blender with a rock-like approach that serves Humming House well. The album features strong tracks like “Hitch Hike,” hit single “Great Divide” and “I Am A Bird.” Leslie Rodriguez adds a texture to the tunes she takes the lead on, like the smoldering “This Hell Where We Belong.” A strong collection of music from a strong band who will likely only continue to grow larger and larger in the national scene.

Randy Travis - “On The Other Hand (All The Number Ones)” (Warner Bros. Records) [Buy Here] 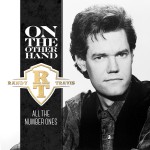 This collection of his 15 biggest chart-topping hits is the latest catalog offering from the still-recovering icon. While he may never sing again because of his stroke, we do have this mighty fine collection of hits from his days recording for Warner Bros. Records. From “On The Other Hand” to “Three Wooden Crosses,” all the iconic hits from the 1980s and 1990s (and 2000s) are here, in chronological order. A must have for any country fan (though, to be honest, you can get all of these on the more in-depth collection from 2009, “I Told You So - The Ultimate Hits of Randy Travis.” 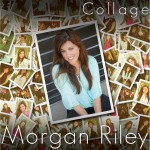 Indie newcomer released this record last fall but we haven’t been able to come around to it until now. There are a dozen tracks and every track was written by Riley with her producer Frank Green. Green’s voice is solid and songs like “You’re The One” and “Don’t Ask Me” are good while “Rowdy Shoutin’ Cowboys” is a country/rap song that’s clever if not a bit hokey. “Katie” is a strong lyrical track (with a very good vocal too) while single “Down South” is a southern rocker with attitude to spare. Definitely a talent to keep an eye on.

Eileen Carey "Sweet Love" (Rolleycstr Music) [Buy Here]
The California-based singer/songwriter has come out with her latest single and it could very well be the best single she's released to date. The production is tight and the lyrics (written by Eileen Carey with Kathryn Grimm) are definitely sweet, indeed, as she describes the pure, honest love that good relationships have. There's a timeless nature to the track.