Listen to the second single from "Greatest Hits: Decade #1" here.

Carrie Underwood's brand new single "Little Toy Guns" has been released to country radio. The second and final single from her GOLD two-disc collection Greatest Hits: Decade #1, the single brings Carrie Underwood back to what we know her best for as of late, the brilliant story-telling via unique lyrics and powerful vocals and instrumental production.

Take a listen above to "Little Toy Guns" and let us know what you think of the superstar's follow-up to the seven week #1 hit "Something In The Water!" 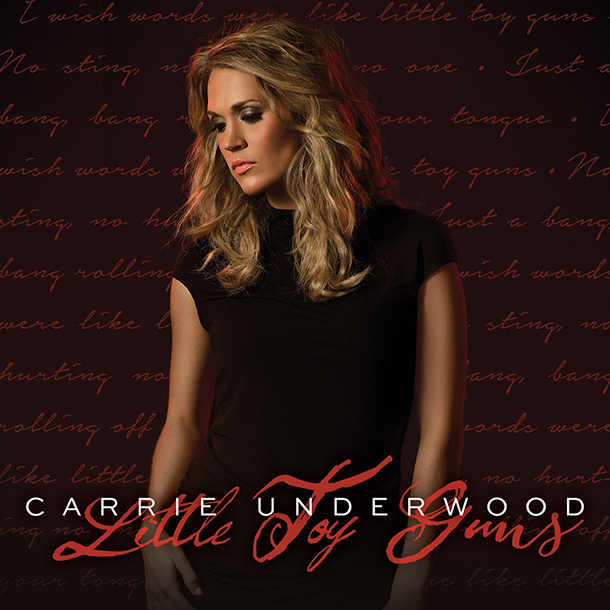