Take a listen to the exclusive world premiere of Bart Crow's new single here along with two exclusive photos from his #BootsOn Boot Shoot for the Boot Campaign!

As an Army Veteran himself, Bart Crow knows what kind of sacrifice the troops make when they serve and to announce his partnership with the Boot Campaign, Bart has exclusively premiered his new single “Life Comes At You Fast,” the debut from his upcoming sixth album The Parade, set for a fall release. The song hits iTunes and radio tomorrow but as part of his new #BootsOn campaign, Bart has shared the new song with RoughStock today, in honor, celebration and remembrance of those who served and continue to serve on this Memorial Day. (Buy "Life Comes At You Fast" Here!)

Below are a couple exclusive #BootsOn Boot Campaign Boot Shoot photos revealed today along with the new single. 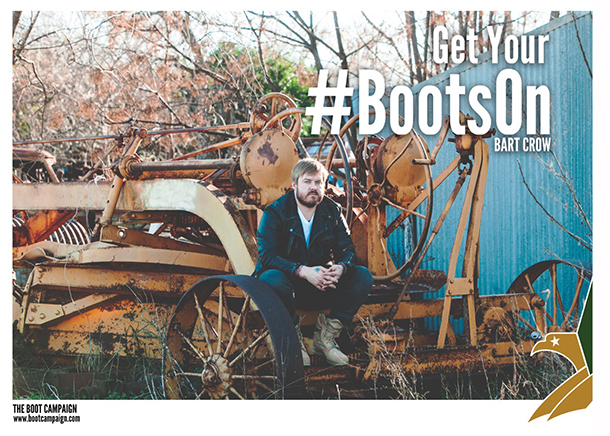 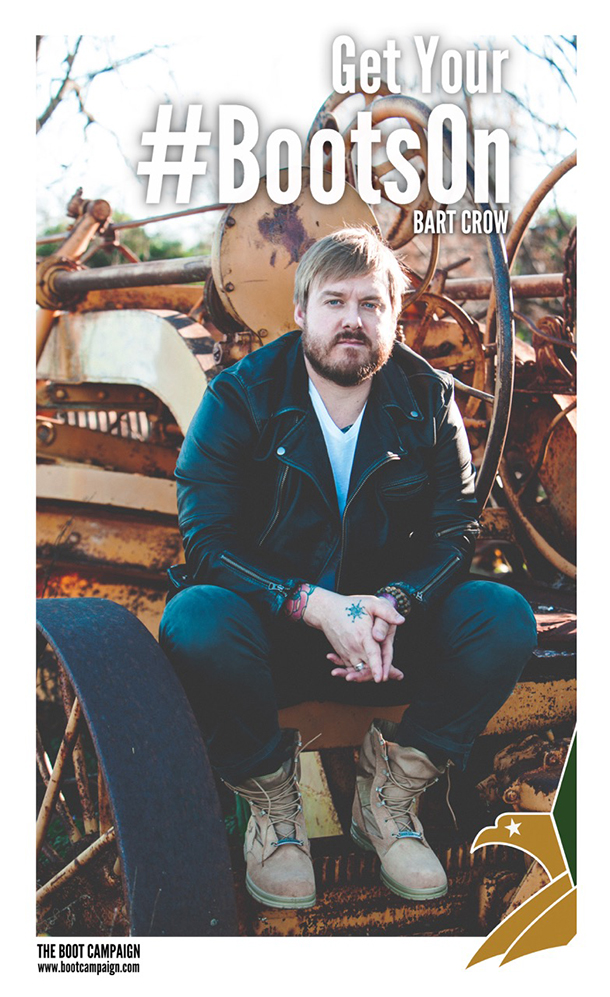 --
About the Boot Campaign:

Established in 2009, the Boot Campaign is a national 501(c)(3) charitable organization dedicated to promoting patriotism for America and our military community; raising awareness of the unique challenges service members face during and post-service; and providing assistance to military personnel, past and present, and their families. Retail sales of combat boots, apparel and mission-focused merchandise, general public donations and corporate sponsorships fund programs that support military families. These efforts extend to all generations of military personnel who endure significant physical, emotional and circumstantial hardships resulting from their service and sacrifice.