Check out what we have to say about The Cox Family's second major label album release, an album that was thought to have been lost in time.

Thanks to their immense talent and their close friend Alison Krauss, The Cox Family became a household name in the 1990s before their record label’s closure and life intervened. After years of trying, their former label boss at Asylum Nashville, Kyle Leaning, got Warner Music Nashville’s John Esposito to take a listen to the group and thinking he’d heard this long, lost record, he green lit the project, bringing in Rounder to execute the release of the project because it’s what they do (roots music) and the band’s label home prior to Asylum/Warner. The vocal tracks were hidden deep in a vault somewhere as were the music masters at Warner (Espo heard “Just When You Think It’s Over”). Espo, Leaning and Krauss worked with the Cox Family to finish the record and what we have here is The Cox Family’s brilliant album with the family vocals in tact (Suzanne Cox hadn’t recorded anything because of being 8 monthspregnant in 1998) was seemingly lost to time and label vaults but thanks to time and technology, 17 years later we have Gone Like The Cotton, a collection of remarkable depth and sophistication.

There are 12 beautiful tracks on the album from stunning “Desire” (a Evelyn Cox lead vocal) to Suzanne’s passion-filled lead vocal on the moody “Good Imitation of the Blues” and father Willard (who was paralyzed after a 2000 car accident) takes on iconic songs like “Cash On The Barrelhead” and “Honky Tonk Blues.” Evelyn’s nuanced, emotive reading of Bread’s “Lost Without Your Love” showcases just how powerful the Cox Family are with their timeless harmonies, and strong choice of songs they and producer Alison Krauss made for this record. The track “In My Eyes” features a strong mainstream ready vocal from Sidney with a well-written Kostas mid tempo about the ending of a relationship and the dichotomy of witnessing it end while still being in love.

“Good News” is as funky musically as it is lyrically smart while their take on Crystal Gayle’s “I’m Not So Far Away” is a delightful reading. “Too Far Gone” and the title track, and album closer “Gone Like The Cotton” are delightful originals and all add to the cohesive brilliance that is Gone Like The Cotton perhaps the best album in all of Americana this year. 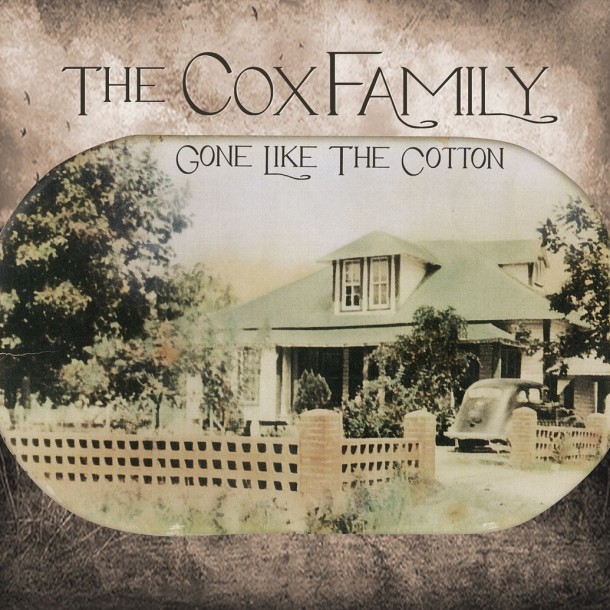