This week lacks quantity but it doesn’t lack quality as the three releases chronicled here are all worthy of taking a listen to, albeit for different reasons. Below you’ll find our thoughts on the latest releases and from there you can take a listen 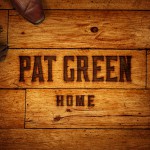 After some years away from the scene, Pat Green is back with his first album of all-new tracks since 2008’s What I’m For. With a baker’s dozen tracks, Home showcases the Texan’s classic sound which blends country and heartland rock n roll together. “Home” kicks off the record and instantly showcases why he became a star in the first place. “Break It Back Down” has some groovy hammond organs accenting the lyrics which were written by Dierks Bentley, Jim Beavers and Brett Beavers while “Girls From Texas” features country music icon Lyle Lovett and is just damn fun (and was already a huge hit in Texas). Sheryl Crow, Lee Roy Parnell, Delbert McClinton and Marc Broussard also guest on the album. The single “While I Was Away” (written by Zane Williams) is a standout moment as a tender, heartfelt moment about the realities of life as a working man. “Right Now” is a Green co-write with Chris Stapleton and features Crow on harmony vocals and finds Pat and Sheryl blending well. Chuck Cannon’s “Bet Yo Mama” is quite fun and “Day One” (written by Old Dominion’s Matthew Ramsey, Shane McAnally and Josh Osborne) is a clever way to approach the realities of getting over the pain of losing one you thought was gonna be “The one.” The record is worth any country fan’s time but really will be of note for Pat Green fans who’ve been waiting for the return of their favorite star. 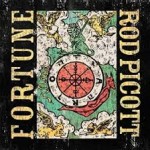 After years of writing mostly observational tunes, Rod Picott returns with his latest collection of country-tinged singer/songwriter fare in Fortune. The album features a dozen strong songs and was produced by Neilsen Hubbard and Picott himself. The singer works with Nashville-based standouts like Hubbard, Will Kimbough and Joshua Britt along with co-writing with Slaid Cleaves on “Drunken Barber’s Hand” and “Until I’m Satisfied” and UK storyteller Ben Glover on “This World Is A Dangerous Place.” This is not even remotely a mainstream record but there’s also not a dud on the record with “Elbow Grease,” “I Was Not Worth Your Love,” “Uncle John” and “Maybe That’s What it Takes” among the stellar tracks (along with the previously mentioned tracks). Rod Picott may not be a household name but like John Hiatt and amongst musician circles, he’s one of the nations’ best treasures as Fortune showcases in spades.

Emily West - All For You (Portrait/Masterworks) 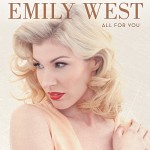 The former Capitol artist appeared on America’s Got Talent last year and wowed the judges and America on her way to a Top 2 finish. While she didn’t win that program, she did win overall with a new record deal with Portrait/Sony Masterworks. The record features a handful of stunning originals (“Bitter,” “Glorianna,” and “Battles”) and choice cover songs like “Chandelier,” her signature moment from AGT. She also takes on the Usher/David Guetta smash “Without You” and absolutely stuns with her interpretation of the song as a passionate torch ballad. She rips through Roy Orbison’s “You Got It” and duets with mentor/friend Cyndi Lauper on the brilliant “True Colors.” Everything here is refreshing, strong and most of all, All For You showcases Emily West's powerful voice.

Which album will you be buying, if any, this week?