Ashley Monroe leads the list of new releases this week with her third album (and second for Warner Bros Records, “The Blade”).

There may not be a huge new album release on this week’s chart report but with a handful of higher profile releases from roots and indie artists, This week’s release report may seem like one to miss if you’re a fan of mainstream. But it’s not. Because each of the projects released this week represent strong sides of country, Americana and roots music in general. 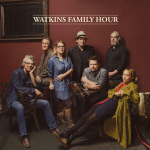 The liner notes of this 11 track collection of cover songs tells us how the whole album came to be. It first started in 2002 as Sean and Sara Watkins of Nickel Creek started playing a monthly residency at Largo in Los Angeles and 13 years later, these shows have expanded to an album with the core group of artists who play those shows, Greg Leisz, Don Heffington, Sebastian Steinberg and Benmont Tench along with Fiona Apple. Yes, that Fiona Apple. Sara Watkins sings and plays fiddle throughout, her brother Sean Watkins sings and plays guitar throughout while each other member sings lead vocals on different tracks. Standouts include “She Thinks I Still Care,” “Not In Nottingham,” “Where I Aught To Be,” “Brokedown Palace” and “Early Morning Rain.” There’s not a bad song on the album and here’s hoping that it gets enough notice to spawn a whole string of albums from Watkins Family Hour, a collective of musicians making music for the fun of it. 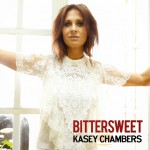 A hit last year in Australia, Bittersweet hits the USA this week with a 12 track collection of songs that feature stories and songs from her life. There are songs about giving everything you have for the happiness of your children, (“Wheelbarrow”), songs which question the eternal (“Heaven Or Hell,” “Is God Real?”), songs about creepy, obsessed love (“Stalker”), There’s a song abut the birth of Jesus too (“Christmas Day”). All in all, Bittersweet is the kind of record that fans of Americana have longed to hear from Kasey Chambers after years of making music with her former husband Shane Nicholson. 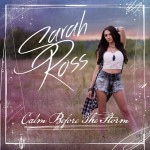 The talented singer and rapper showcases that country music has a place for an artist who can do both. Sarah co-wrote five of the six songs featured on Calm Before The Storm with co-writers like Mallary Hope, Josh Kerr, Preston Brust, and Noah Gordon. The opening title track sounds like something which would do quite well in the mainstream of country radio with the kind of message that Miranda Lambert and Carrie Underwood have been known for with songs about guys who break girls hearts. The preview single, a cover of Linda Rhonstadt’s “You’re No Good” is updated and while some may not like Sarah’s little rap in the middle of it, it does give an interesting element to the song while “Lovin’ This Beat” feels ready for a radio station dial (both country and/or pop). “Happy Hour” recalls the powerful songs from Rebecca Lynn Howard while “All About That” is just in good fun. There’s a ton of potential in Sarah Ross and if she’s given the right lane to showcase her music, she can become another breakout star in a genre in need of more female artists with star power. 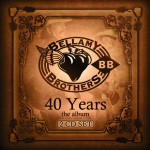 After 40 years on the scene, the Bellamy Brothers are still hard working making music that engages their fans. There are 40 songs in this two album set, from the first disc of hits and the second disc of 20 new songs, many of them containing the brothers trademark wit and humor. “Redneck Girl,” “Let Your Love Flow” and “If I Said You Had A Beautiful Body (would you hold it against me)” are all present on the record, as are most of their 11#1 hits like “Sugar Daddy,” “Dancin’ Cowboy,” “For All The Wrong Reasons” along with other top hits like “Lovers Live Longer” and “Old Hippie.” The other “Hits” on the record may not all be chart hits but fan favorites like “Get Into Reggae Cowboy” and “Jalapenos” and “Country Rap.” For their second disc, there are 20 tracks of great songs like “Dyin’ Breed,” a song which references their songs of the past while the bluesy “That’s How U Roll When U Rock” has some humor laced in the lyrics and traditional country on “The Right To Be Wrong” and “We Don’t Call 911” while “Boobs” is not really about the body parts but a lampooning of the modern mainstream country sounds. All in All it’s a collection that gives Bellamy Brothers fans nearly everything they could want from the band with 40 songs. 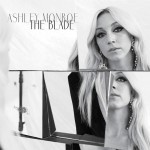 For her second record with Warner Bros., Ashley Monroe has re-teamed with Vince Gill and Justin Niebank for the recording/release of The Blade. The album features 13 tracks, 12 of which were co-written by Ashley Monroe. The lone song not written by Ashley is The Blade, a Marc Beeson, Allen Shamblin and Jamie Floyd composition. The record features strong country music songs like “I Buried Your Love Alive,” the beautiful balladry of “Bombshell,” “From Time To Time” and “If Love Was Fair.” Traditional country has never sounded better than the fiddle and steel guitar laden “If The Devil Don’t Want Me” and “I’m Good At Leavin’,” the latter of which closes the album. The Blade is a stunning album and certainly one of 2015’s best albums and hopefully this time around radio will be more open to playing a single or two from this one but even if they don’t, the record is a massive success for Ashley Monroe. 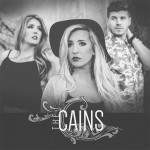 The family trio has five track EP that showcases why tastemakers in Nashville have declared The Cains as a buzzworthy band. “Smoke on the Hill” is a stunning song while “Miss Red, White, And Blue” is strong harmonies with rockin’ radio-ready guitars and “Knock Knock” is fun as well. The single “Journey’s End” showcases the band’s mainstream potential as well as any song from this EP and was a smart choice. This EP only leaves us wanting a whole album of songs from The Cains.

Cassadee Pope “I Am Invincible”