Singer will release "I Am Invincible" to country radio this fall but will pre-release it to iTunes for fans much sooner than that.

Cassadee Pope has the ability to sneak up on people. Just like she did en route to winning The Voice’s third season, Cassadee Pope is able to emote the lyrics of her songs while also showing a powerful vocal range that has few peers. That success saw her hit the Top 10 with the Platinum-certified debut single “Wasting All These Tears” and established her as an artist to watch in Country Music.

After a while of touring with artists like Tim McGraw and Rascal Flatts, Cassadee Pope is returning with a song that follows the resilience of her career as an artist prior to The Voice and also her life as a human being navigating life. The Florida Native’s new single “I Am Invincible” immediately connected her to her journey in life and that of many of the stories revealed to her by her loyal fans as well.

“I Am Invincible” hits iTunes and other digital stores on July 24 and was written by Nash Overstreet (of Hot Chelle Rae) and Brett Boyett and produced by Oscar Nominee and Grammy winner Julian Raymond (Glen Campbell). The song will officially impact country radio on September 8, 2015 (it will be available at radio on July 24 via PlayMPe as well).
Cassadee is now offering up a chance for fans to participate in the song’s official lyric video. Fans can register now here to receive more details soon on how to submit their favorite lines from the “I Am Invincible.” 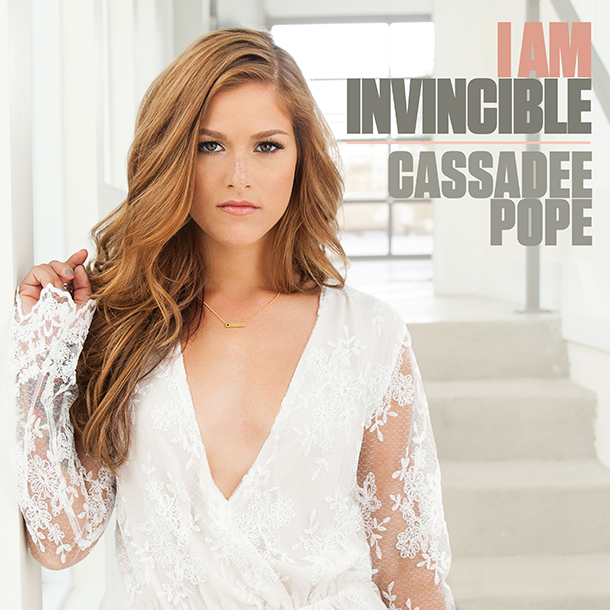