Get the full scoop about the major career achievement from the man behind hits like "Should've Been A Cowboy" and "How Do You Like Me Now."

From his first No. 1 smash "Should've Been A Cowboy" to his latest single "35 mph Town," Toby Keith has been one of the most consistent self-directed hit makers of his era. At the core of Toby's unparalleled success is his songwriting, which has powered an astounding succession of hit songs to the tune of more than 85 million BMI performances on commercial radio stations worldwide.

Last week he was inducted in to the Songwriters Hall Of Fame at their 46th Annual Induction And Awards in New York City. Of the highly coveted achievement, Keith has said, "This is my favorite accomplishment. Songwriting is what I started out doing before I ever even went to Nashville. I just happened to trick 'em into thinking I was an artist, too. I've got a warehouse full of awards and plaques, but this one's the king daddy."

His tours, including 2014's Shut Up And Hold On Tour, long sponsored by Ford Trucks, have drawn more than one million fans each year for the last decade. This year's Good Times & Pick Up Lines Tour presented by Ford F-Series continues this weekend with shows in Detroit, Cadott, WI and into Canada. 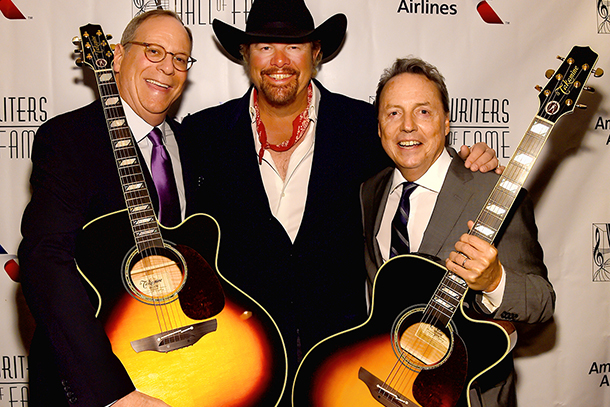 From time to time the staff at Rougstock collaborate on stories. Whenever this happens, the stories are posted under the Roughstock writer name.