For the first time in her career, Tanya Tucker has a manager she’s not related to. The Award-winning singer (two CMAs, two ACMs, three CMT Awards) has signed with Danny Nozell’s CTK Management, the firm which also manages Dolly Parton, Richie Sambora, and Orianthi, among others. Until her father’s passing, Tanya was always managed by Beau Tucker.


”I am a bit nervous, yet have that fire in my gut, to get back out on the road and do shows, while at the same time start thinking of making a new album. I have never been with a management company outside of my dad, Beau Tucker, who managed my career up until he passed away. So when I decided to find a manager I went with one of the most respectable management firms in the industry," says Tanya Tucker. "So now, I am excited to see what Danny and his team have planned for me going forward."

Tucker first exploded onto the country music scene at the age of 13, with her hit single, “Delta Dawn.” Over the years she developed into a sassy and outspoken star, one of the few women to successfully penetrate the Outlaw Country movement. In a storied 40 year career, she has produced 23 Top 40 albums and a string of 56 Top 40 singles, 10 of which reached the No. 1 spot on the Billboard charts. Along the way, she has provided some of the biggest country music hits of each decade, including, “Blood Red and Goin’ Down,” “Would you Lay with Me (In a Field of Stone),” “Two Sparrows in a Hurricane,” and “Texas (When I Die).”


“The team at CTK Management is excited to bring Tanya back to the forefront of country music, both musically and touring," says CTK Management's President/CEO Danny Nozell. "Tanya has not toured in the past three years, and the first few shows we confirmed for her recently SOLD OUT! It’s a good time for Tanya and we have big plans for her future."

Kirt Webster and his team at Webster P.R. will handle public relations for Tanya Tucker's team.

Tanya is currently working on some new projects. Look for a story about those with some exclusive quotes from Tanya in a future story on RoughStock. 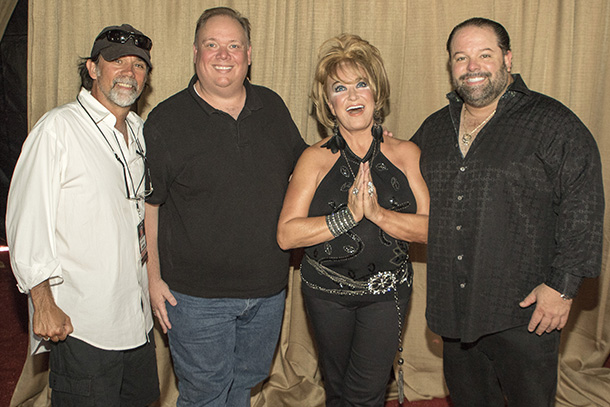