There are eight new releases this week including the latest from Sammy Kershaw, Montgomery Gentry and Dale Watson along with the debut albums from A Thousand Horses and The Lonesome Trio.

This week we have 10 new releases, including debut projects from A Thousand Horses, The Lonesome Trio and Sam Outlaw along with new releases from bluegrass stalwarts Lorraine Jordan & Carolina Road and Dale Ann Bradley. Finally, Dale Watson, Sammy Kershaw and Montgomery Gentry issue new projects which are featured on the Weekly New Release Report: June 9, 2015.

Sammy Kershaw - I Won’t Back Down (Cleopatra/Goldenlane Records) 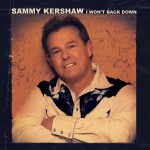 The album features a dozen new tracks including the covers of “Take A Letter, Maria” and the Tom Petty-penned title track. The record finds the 90s country stalwart in fine form on his first album of new material in five years. “Lay Back Down” is as good as anything from his Mercury days while “Fixer Upper” grooves with some twangy rock like you’d hope such a song with this kind of title would. The ballad “I Had To Give That Up Too” is a great country song while “Why You Wanna Do Me This Way” is a playful, soulful romper. Finally, “I Won’t Back Down” is a nice cover, even if it isn’t any different than the basic melody of the Petty original. All in all the record may not win too many new fans for Kershaw but it should satisfy longtime fans or anyone familiar with his music from throughout the years. 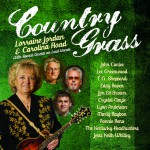 The premise is simple. For LJ & CR’s newest record, Lorraine partnered with some of country music’s greats to bring bluegrass versions of the guest’s classic songs. This brings guests like Eddy Raven, Crystal Gayle, Jim Ed Brown, T.G. Sheppard and Marty Raybon on the record along with John Conlee. There are a pair of songs from LR & CR in “Diggin’ Up Bones” and “Last Date” while “Darned If I Don’t, Danged With I Do” works really well here (as Rayon’s a bluegrass singer in his time away from Shenandoah). Fans of traditional country and bluegrass will certainly appreciate Country Grass. 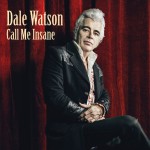 He calls his brand of country music Ameripolitan music and that’s because he doesn’t think country music even holds the proper term anymore. A remarkably consistent throwback vocalist and songwriter, Dale Watson’s Call Me Insane will immediately appeal to fans looking for honky tonk and rockabilly country music. He has some humorous songs like “Mama’s Don’t Let Your Cowboys Grow Up To Be Babies” and “Everybody’s Somebody In Luchenbach, Texas” while also commenting on the lost of George Jones on “Jonesin’ for Jones.” The record may never touch the mainstream but for fans who love music like this, there’s something mighty fine to enjoy in “Call Me Insane” as there has been with every album of Watson’s career. 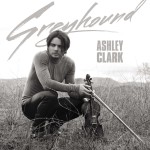 The former member of Clark Family Experience and Carrie Underwood’s road band (and also part of Sons of Sylvia), Ashley Clark finds himself the protege of award-winning producer Mutt Lange, who was looking for a country artist to work with after years away (Lange produced all of Shania Twain’s hit records while married to her). The title track is currently out at radio and has a chorus which is catchy as all get out while the other four songs on Greyhound showcase a talent who could be big if radio embraces his new label I.R.S. Nashville (part of the Capitol Music Group). “To The Moon” blends traditional sounds and a Sam Hunt meets boyband lyric and vocal delivery while “Buy You A Beer” is a song about getting away that recalls singer/songwriter Marcel. The production here will likely be classified as overproduced but these claims could be made about virtually every country record out there. The standout song is clearly “Heaven Would Hurt.” is has a strong melody and mid-tempo feel which showcases off Clark’s strong vocal chops. 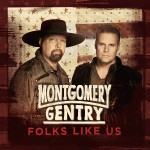 For their first record in four years, Montgomery Gentry returns to the kind of music which they’ve become known for. Anthems for the hard-working, blue collar people around the world and particularly in the USA. “We Were Here” is a perfect example of this while “In A Small Town” and “Folks Like Us” talk about the hard-charging, hard-working people as well, particularly those in Small Town, USA. Michael Knox’s production perfectly suits the duo and their country/rock sound over these 10 tracks. While radio has been slow to embrace the duo like they did in previous years, these songs could all be radio hits. There’s not one that wouldn’t feel good blasting through my car’s speakers and that’s enough for me to recommend Folks Like Us. 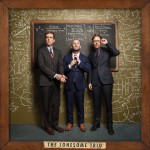 The latest comedic actor to take up bluegrass and roots music is Ed Helms (“Vacation,” “The Office”) and while he is well-known for his comedic chops, Ed Helms joined Ian Riggs and Jacob Tilove as students at Oberlin College in northern Ohio where they bonded over cheap whiskey and bluegrass. Helms plays guitar and banjo, Riggs on bass and Tilove on mandolin. As life happened, they reconvened from disparate careers in performance art (Helms), architectural history (Tilove) and Jazz bass studies (Riggs) and became the band to see in NYC’s bluegrass circles (who knew?). The band showcases their chops immediately on the Helms-fronted opener “Asheville City Skyline” and the killer “Pigeon’s Foot,” which is fronted by Tilove (who fronts most of the songs here). Riggs’ lone composition is chock full of interesting and heartbreaking lyrics and strong melodies. There’s certainly a lot of interesting bluegrass here but for bluegrass traditionalists, the record may be lacking but they’re notoriously a hard lot to please if you’re not playing 100% covers of Bill Monroe songs or speed picking. 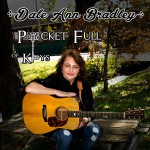 A return to the Pinecastle label for Bradley, Pocket Full of Keys showcases why Bradley has won IBMA Vocalist of the Year awards. She’s one of the best, pure country singers on the planet. She does a lovely job with Dolly’s “The Stranger” while the self-penned “Pocket Full of Keys” is a masterstroke of melodic melancholy that used to be everywhere in country music. Bluegrass’s will love “Ain’t It Funny” and “Talkin’ To The Moon” while the version of “Rachel Pack Your Sunday Clothes” (with a vocal that rivals Reba McEntire and Trisha Yearwood) may be the best song on the record with “I’ll Live On Somewhere.” 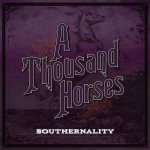 The band had a hand in writing each track on this record, many of these songs having been worked out on the road over the course of the past five years as the band has evolved from the harder rocking southern rock outfit to something that works within mainstream country music. That being said, there’s plenty of rockin’ moments on this record. “Travelin’ Man” and “First Time” both rock perhaps too much for country radio but the melodic “Heaven Is Close” could be a smash sing-a-long ready song for the quartet. “Tennessee Whiskey” also has a massive hook. This is the latest album with stellar production from Dave Cobb in which he lets the band and music breathe without being washed in a wall of sound (though A Thousand Horses are clearly capable of such moments). In a land where Frankie Ballard can rock n roll uptempo numbers with southern rock roots, I can see the title track “Southernality” getting a shot at radio while “Smoke” already has proven to be liked by the fans as it hit #1 the week before Southernality hit stores.

“(This Ain’t No) Drunk Dial” is the second single and it’s easy to see why. It feels like something radio is ready to play, a mid-tempo, sing-a-long kind of song. The closer “Hell On My Heart” (written by lead vocalist Michael Hobby and the Warren Brothers) is the perfect blend of roots and rock and country and perhaps the best example of how A Thousand Horses has evolved into the band they are now. There’s nobody like them in mainstream country music and as these 13 songs suggest, they could have a long career ahead of them, Certainly the songs of Southernality showcase a band with the goods to do so, if a few more things break their way with the gate keeprs at radio. 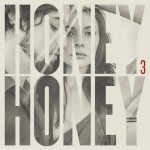 The third project from Suzanne Santos and Ben Jaffe, this record is a showcase for Santos’ spectacular voice (not unlike their first two records). Simply titled III (3) since its their third project, it’s also their first one via Rounder, a label that only asks for them to deliver great songs like “Big Man” “Back To You,” “Numb It,” “You And I” and “Father’s Daugher” and “Sweet Thing.” There’s a nice cadence to the material here and suggests a duo that knows exactly who they are, even if they’re a bit unclassifiable as either rock, folk, singer/songwriter, country, or roots music. AkA they’re Americana cause that’s where they fit. Whatever you call it, it’s strong music from Honeyhoney. 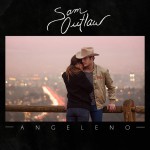 A talented singer/songwriter working in the Los Angeles area’s country music scene (like the scene for Bluegrass in New York, who knew?). There’s a soft acoustic nature to much of Angeleno including “Who Do You Think You Are,” “Love Her For A While,” “Country Love Song.” There’s humor in a few of these songs including “Jesus Take The Wheel (And Drive Me To A Bar).” For the honky tonkers and traditionalists, Sam Outlaw (yes that’s his real name) isn’t an artist that’s gonna be described as “The next Dwight Yoakam” but his James Taylor-tinged voice features poetic lyrics and strong melodies, even if they still feel a bit indie compared to artists like Dale Watson or even mainstream acts. Whatever it is, it’s a nice, easy-going record.