It’s a smaller crop of new releases than what hit stores last week but features the return of John Anderson, EPs from newcomers Adley Stump, Diana Upton-Hill, Mickey Guyton and Tucker along with Texas-based star Jason Cassidy’s latest. We also have albums from Macy Martin, Wade Hayes, The Malpass Brothers and more are featured this week. 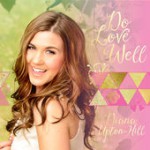 Working with 90s country star Bryan White as her producer, Upton-Hill's first nationally-distributed EP showcases quite a bit of growth as an artist. The voice has always been there (see her early recording of "Over The Rainbow" for proof) and on these six songs, which includes the airy, charting hit "Do Love Well," She constantly surprises. "Ain't Gettin' Better" is a soulful, country blues number while "Southern Gentleman" feels ready for the radio. Liz Hengber, Andrea Pearson and Will Robinson co-wrote "Remember The Fighter" and it's instantly a song that feels like a future hit, if given a shot at radio. There's a lot of talent on display on Do Love Well and fans looking for a new country vocalist should give Diana Upton-Hill a shot. 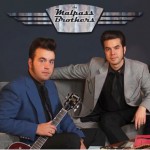 Longtime touring partners with Merle Haggard (they were once on his label), The Malpass Brothers are a throwback but they ain't no tribute act. Christopher and Taylor Malpass alternate lead vocals on the dozen tracks, most of these classic songs like "A Death In The Family," "Hello Walls," "Satan And The Sanint" and "I Met A Friend Of Yours Today" among them. Mixed in are two Malpass Brothers originals (The Haggard-like "Learn To Love Me Too" and "I Found Someone To Love") and they're just as good as the timeless songs they've chosen (along with their producer, Opry member Doyle Lawson). The Malpass Brothers make music that is undeniably country music. They're great at it and like Pokey LaFarge, they're perfectly suited to make music that's classic sounding while remaining vibrant and of the moment. 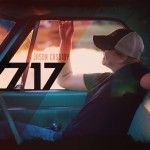 After a couple of albums helped make him a household name in Texas, Jason Cassidy’s music gets noticeable bigger sounding with 717 a record which blends “Texas” and “Nashville” quite nicely. “Baby Come On,” “How Good Love Feels” and “I Got It Good” are all strong country songs while “Country Girls Do It Better” is just pure fun (as is “Beers To You”). Finally, “Something Waylon Wouldn’t Say” feels like a continuation of “Are You Sure Hank Done It This Way?” while Jason’s cover of Keith Whitley’s “Don’t Close Your Eyes” proves what a great country singer he is and what a great song “Don’t Close Your Eyes” still is. 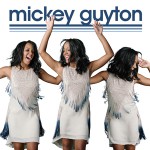 This EP features the talented vocalist’s debut hit “Better Than You Left Me” and three other very strong songs, songs that showcase the kind of powerful vocalist that can comfortably join the rare air class of Patsy Cline, Tammy Wynette, Carrie Underwood, Jennifer Nettles and Martina McBride as powerhouse vocalists in country music. Now, she may have a hard time hitting #1 with ballads like “Why Baby Why” in the current climate but they stand out. “Pretty Little Mustang” is a song that could be her breakout single while “Somebody Else Will” is a solid track as well. Cannot wait to hear her full-length project.

The Lacs - Outlaw In Me (Back Road/Average Joes Entertainment) [Buy] 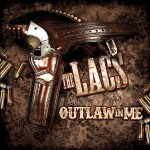 One of the biggest acts in the entire rural rap side of country music’s big tent, The Lacs are back with their fifth full length album. They blend country (“River Life,” lead single “God Bless A Country Girl” “Might As Well Get Drunk”), rap (“Stomp”) and rock (“Outlaw In Me” and “Feels Good”) melodies along with their trademark sing-song-y rap and sung tracks. The best tracks on the album include the mentioned “River Life,” “God Bless A Country Girl,” “Tonight On Repeat” with Josh Thompson and “Back To Georgia” with Craig Campbell. They’ll never be for everyone but for those who like to blend influences into one record, Outlaw In Me will be that record. 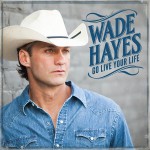 Wade Hayes's first post-cancer album is steeped in the kinds of songs that helped him score hits in the late 1990s/early 2000s. The title track (written with hit songwriter Bobby Pinson) is the kind of story only a man who has looked such a demon as cancer in the eye could tell. The phrase comes from the DR who pronounced Wade's cancer in remission and it serves as the theme for the remainder of this record, a record which closes out with the lone song not co-written by Wade, the Ray Scott and George Teren penned "If The Sun Comes Up." There's a beautiful shuffling piece of western swing in "Bluebonnet" Blues" while "She Is Home" is the kind of song that's been a hit for the past 20 years and could be a hit now (but likely only if it had programmed beats instead of live drums?). Wade self-write "Let You Go" and "Old Dirt Road" while Jeff Bates helped him on "Here and Her." Current mainstrream radio may not be interested but fans looking for great country music (plenty of that on this list of newly released music) can follow our link above to buy this great record from Wade Hayes. We're so glad he's gonna be around to keep making records like this. 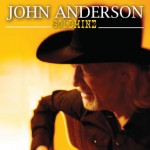 For the first record on his own label, John Anderson brings fans back to the music that certainly should hit home for them. If you’ve been a fan of his over the past 30 years, you’re likely to be interested in what’s here. John Anderson has never disappointed on his records and that feeling continues with Goldmine. “Freedom Isn’t Free” is a great opening track while “Back Home” is a powerful traditional country ballad (as is “Louisiana Son Of A Beast”) John Anderson is doing what he does best with Goldmine bending notes the way only he can do while singing and recording music that’s true to him and the life he leads. In a just world he’d get a shot on radio along with the young bucks on the airwaves now but he’s happy to make music that matters to him, including lead single “I Work A Lot Better,” a song co-written with Josh Turner. 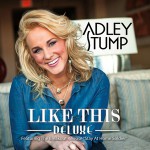 The former contestant on The Voice has steadily built up her career on the indie circuit and showcases the kind of potential she has for stardom on this seven track EP. “Fall” is a powerful opener while “Stay At Home Soldier” is the kind of song that requires a strong, nuanced vocalist and Stump is able to sell the emotion of the women who stay home with their children while their husband is overseas fighting for America. Her bonus track take on Leonard Cohen’s “Hallelujah” goes a long way to showcasing Stump’s talent. The songs on Like This certainly say “star” and here’s hoping a bigger label gives her a shot. 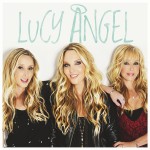 The mother and daughter trio showcases their tight harmonies on this debut album from the longtime road warriors. The songs here run the gamut of top songwriters like Shane McAnally and Brandy Clark and the production (from Noah Gordon) is tight. The songs chosen here feature fiddles and acoustic country instruments and present the trio as a sort of Wilson Phillips for country music. Standouts are hit single "Crazy Too," the band's take on "18 Wheels," a song once a moderate hit for Lee Ann Womack and "Stripes," a song that songwriter Brandy Clark released to SiriusXM in 2013.  Each of the songs here showcase the band's talent and their ability to break out as stars, something their TV show on AXSTV, Discovering Lucy Angel is promising to do too. 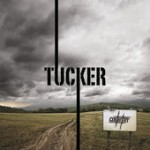 Fans of Montgomery Gentry, Keith Anderson, The Lost Trailers and other well-known country artists will like what Tucker presents on his debut EP named after his first single, "#Country." Co-writers on the album include Eric Durrance ("8 Second Ride"), Canadian artist Jason Blaine, Jaron Boyer, and Matt Gary. Tucker has a pleasant voice and he knows how to use it on this EP he co-produced with Ryan Sutton. "She's Like That" feels ready for radio as does. "Burn" is a passionate, well-written power ballad (it's the lone song not co-written by Tucker here) while "What I Can Change" and "Leave" also have potential. It'd be interesting to see where Tucker goes and if he gains traction with the EP as he certainly presents a nice, easy-going vibe with his debut EP. 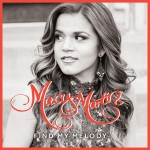 Perhaps one of the most-talented newcomers the average country music fan has yet to hear of, Macy Martin has the complete package record labels should be looking for with her talent as a vocalist, songwriter and her movie star looks all a part of it. Find My Melody features strong songs throughout (along with Kent Wells’ steady production), including “Baby What Ya Doing,” “Like To Get To Know You,” a pretty ballad that sets Macy up like the keeper of the intimate flame held by Martina McBride and Sara Evans. “Back To Reality,” the album’s hit lead single, has clever lyrics and strong melodies and “Somebody’s Daughter” is just stunning. This is the work of an artist finding her footing (as the title suggests) and we’re excited to see where she’s going in the future. Certainly if I were running label A&R, I’d be signing Macy to a record deal.