Legacy Records has announced the June 2, 2015 release of Django and Jimmie, the new studio album collaboration from Willie Nelson and Merle Haggard, two of the iconic and founding fathers of American outlaw country music.


"Me and Merle got a new album coming out called Django and Jimmie and the title track is about Django Reinhardt and Jimmie Rodgers," said Willie Nelson.  "Both of those guys were very influential in both of our careers."

According to Merle Haggard, there's "new songs, a couple of classics and Willie sang like he was a teenager."

The album features 14 new cuts, including the title track which is a dual tribute to both Django Reinhardt and Jimmy Rodgers, country music’s first superstar and known as the mythic “Singing Brakeman.” The album also features an interpretation of Dylan’s “Don’t Think Twice, It’s Alright” and new track, “Unfair Weather Friend” written by Marla Cannon-Goodman and Ward Davis. The album also features “It All Goes To Pot,” an anthem for the emerging cannibis culture of the 21st century. You can watch the video for this song above. 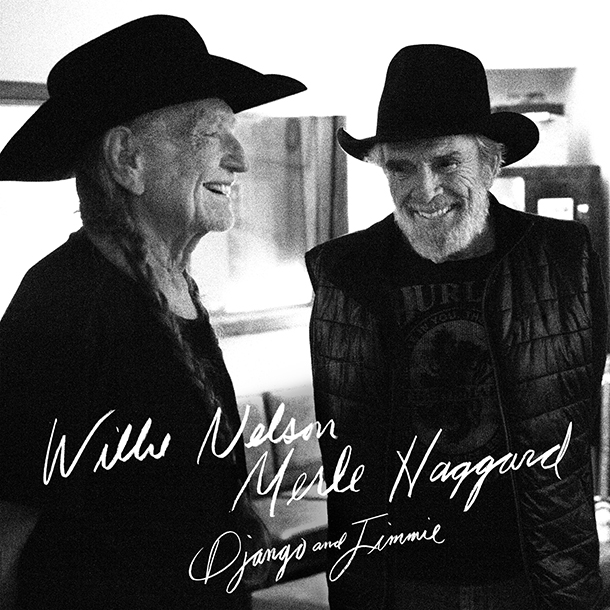