Singer's new album chronicles her recent life and unconditional love for her son, sister and more.

Academy and Grammy Award-nominiated Allison Moorer is set to make her return to the charts in March of 2015 with the scheduled release of her eighth album Down To Believing. The album, her debut with the eOne Nashville label, was produced by longtime friend and collaborator, guitarist Kenny Greenberg. Down To Believing was recorded by the duo in Nashville over the span of two years. Early reviews, like one from Rolling Stone, have called the album “brilliant and extraordinarily candid.” The album’s first single "Like It Used To Be" and "Down To Believing" are available now on iTunes when you pre-order the project due March 17, 2015.

The 13 song set is a sequel of sorts to Moorer’s sophomore album, 2000’s The Hardest Part (They also collaborated on Moorer’s debut The Alabama Song, an album which featured the Academy Award nominee “A Soft Place To Fall”). For Down To Believing, Moorer dug into her modern day life (she chronicled her parent’s relationship on The Hardest Part) to tell her musical stories. One song, “Mama Let The Wolf In” is her response to her son John Henry being diagnosed with autism with poorer saying to Rolling Stone, “As a parent, whatever your children go through I think there’s a certain amount of it that you feel responsible for, even if you know that it has nothing to do with you…When you can’t protect them from going through something that’s hard, you feel responsible for it.

The title track chronicles the dissolution of her marriage to singer/songwriter Steve Earle and finds Moorer stating “‘Down To Beliving’ is quite possibly one of my best songs, one of the most honest songs about marriage.” The album is about family and relationships with the talented songwriter and vocalist saying “‘Blood’ is about my sister (Shelby Lynne). It’s about loving someone unconditionally and having your arms open to them no matter what. Being able to reflect on your own experience and put it into common language so that people can communicate is what the job of songwriter is. I’m (more proud) of these songs than any I’ve ever written.” 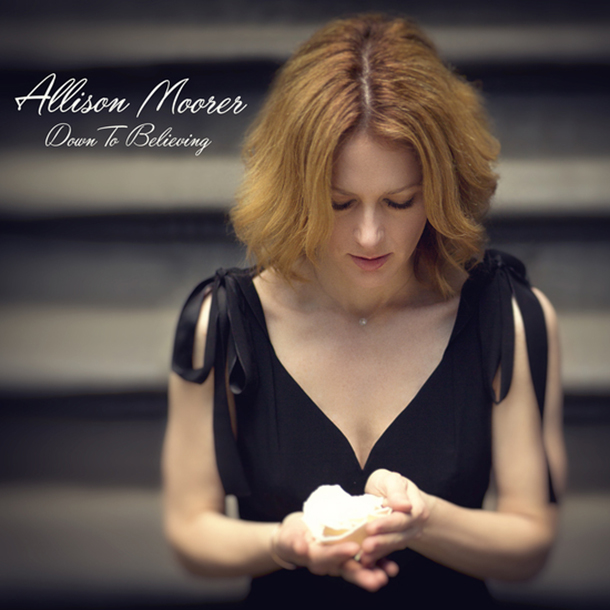 Allison Moorer Down To Believing Tracklist: