Aaron Scherz talks about how he and the popular duo co-wrote the single which is now a chart-topping hit for Maddie & Tae.

One of Country music’s biggest success stories is the seemingly overnight rise of Maddie & Tae with their debut single “Girl In A Country Song” becoming a massive hit with Gold-certified sales and just hit #1 on the radio airplay charts. Those are impressive accolades for any artist, but particularly impressive for a new artist on a newly-formed record label (Dot Records). We recently talked with the duo’s co-writer and co-producer of “Girl In A Country Song,” Aaron Scherz about how the song came to be written and how he helped Maddie & Tae develop into the rising stars they currently are.

RoughStock: How did you come across Maddie & Tae?

Aaron Scherz: Well, it was in early 2012 when I was there at a meeting Big Machine Publishing's Mike Molinar who talked about wrting with these new songwriters. While I [was the fence] at the time with writing with a new artist I decided “What do I have to lose? Nothing.” and set up the writing appointment.  We wrote on that Saturday and that first song we wrote came out really great and their voices blended so well together. I though immediately that there’s something special there.

Every other weekend they’d come up and we’d write all weekend and I’d demo the best songs and then on the next trip get their vocals and we did that for the next year or so. Eventually the songs were getting so good that they could compete with anyone. The girls, who still lived in Oklahoma and Texas at this time, worked so hard on anything I’d suggest, they’d go home and take the lessons to heart and work hard, harder than me a lot of the time (laughs).

Aaron: It was a good thing. I’ve been here a long time and worked with a lot of artists but I’ve never seen an artist work the way those girls work. They just lived and breathed it and were so teachable. We did that for about a year and then they talked with Big Machine Music about a writing deal, an initial 3 month “summer camp” deal and they played for Allison Jones and Mike Molinar and everybody at the company and signed the deal. So they moved up here and we went to work. And when I say "summer camp," that is really like it was. We wrote 3-4 days a week. We’d write in the mornings and the afternoons were rehearsals and I’d set up mics in my basement and work on their stage presence and everything artists had to do. That was 2013. I was willing to work on them and focus on them and get them ready for the record deal.

RoughStock: How did you piece the other song lyrics into the “Girl In A Country Song?”

Aaron: It happened by accident and I think the first one that happened, “Hey Girl,” the Billy Currington song. But I thought, ‘can we do that?’ And when we got to the pre-chorus, can we get away with “red-red-red-redneck crazy?” We all laughed and just decided to go with it. I loaded up protools and loops at 78 beats per minute, which is the 'bro country standard, and off we went.

RoughStock: It could’ve been a risky choice for a first single... 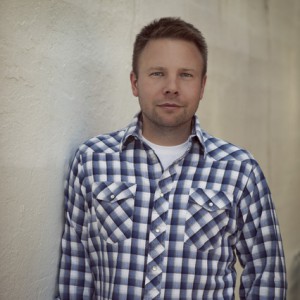 Aaron: It really was. We wrote it on St. Patrick’s Day, which was a Monday and we turned it in with the vocals, guitar and programming and they loved it but thought they couldn’t do anything with it. IT then made the rounds of the Big Machine offices but they all thought — at the time — that it couldn’t be a single. Then it made its way around into the songwriting community and I started getting texts from some prominent writers who were singing praises of the song, even though they didn’t know who the singers on it were, outside of those few who knew I wrote on it.

Roughstock: It seems like it is all in good fun anyway…

Aaron: Oh, yeah, it was totally all in good fun. You can hear on the track how much fun we’re having on it, from the beginning with the radio voice to the whistle to the “Hey Girl!” to the whistles at the end, which were from the original recording session.

Roughstock: What was it like to work with Dann Huff in the studio with Maddie & Tae?

Aaron: It was really cool. He brought some stuff to it that made me think “Why didn’t I think of it?” and he was gracious in the studio and really was able to teach me a lot. He was so willing to teach for anyone who really wanted to learn.
RoughStock: How did you guys write “Sierra?” It sounds like another huge hit to us..
Aaron: Maddie brought that in. She came in with the whole first verse. And That’s what’s great about them both, they can write songs by themselves individually, not just with co-writers. And so Maddie brought that from her hometown about a girl that had made her very upset. I suggested the hook and we went from there.

Yeah, that’s what’s awesome about these girls. They bring the best out of me and I think I bring out the best in them. We wrote a lot together so we’ll see where the record will go but we couldn't be any more proud of the work we've done together so far.