Texas music star Aaron Watson has upped the ante on his upcoming 12th record. The still-rising (nationally) singer’s new album The Underdog showcases a man ready to take his career to the next level as he’s worked with renowned, award-winning producer Keith Stegall (Alan Jackson, Craig Campbell, Zac Brown Band) for the project. The album takes Aaron Watson’s mission statement and over the course of the 14 tracks he tells stories of the kind of unsung heroes who defy the odds through hard work and perseverance to reach their dreams.

Watson wrote the lead single “That Look” for his wife, Kimberly, and it has earned him his first entrance into the Top 10 of the Country Digital Download Songs chart with over 19,000 tracks sold an an entrance into the Billboard Hot Country Songs chart’s Top 50. The disparate sounds and feelings poured out by Watson are all masterfully tied together by producer Stegall who has also penned multiple hits, including George Strait’s #1 hit “I Hate Everything.”

Working with the acclaimed producer as a truly indie artist proved to be the impetus for The Underdog’s album art where Watson’s face is painted like a rodeo clown.


"The rodeo clown is a huge underdog," explains Watson, who sings from the perspective of one on "Rodeo Queen." "He's up against a huge bull trying to protect these riders, putting his life on the line. Talk about an unsung hero."

Working hard is a serious understatement for Watson, who performs hundreds of shows every year, has collaborated with special guests like Willie Nelson, Dale Watson, Jack Ingram, and Bill Joe Shaver, cracked the Top 10 on the Billboard 200, and sold hundreds of thousands of tickets, all as a totally independent artist with his own label.


"'The Underdog' has taught me a lot of lessons," says Watson. "I'm excited about this record. To be 15 years, 12 albums, and 3000 shows into my career and to feel like I'm just getting started, man that's a good feeling." 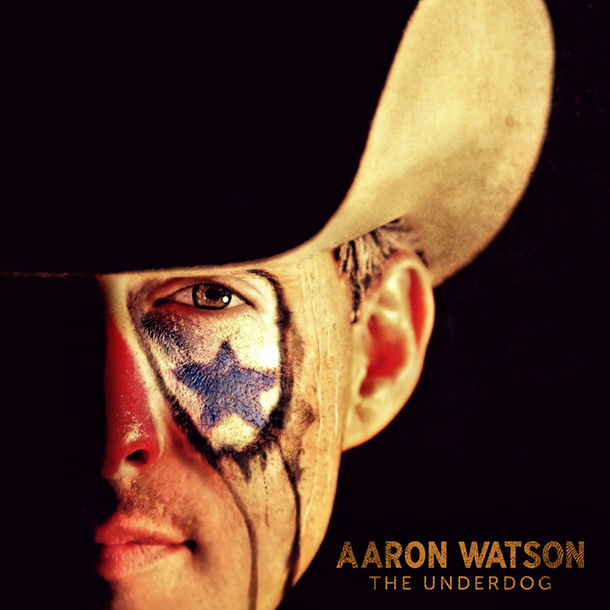