Christmas features 15 seasonal favorites including “Tennessee Christmas” (with the song’s writer Amy Grant and her husband Vince Gill), “Twelve Days Of Christmas” (which features vocals from each of Guy’s 8 children and his wife, Angie). Grammy-winning producer Michael Omartion handles production on the project and it showcases his country-tinged versions of numerous holiday classics like “Silent Night,” “Sleigh Ride,” “Winter Wonderland” and more.


“At Our House, The Christmas season begins and ends with music, “ said Guy Penrod. “We wouldn’t think of putting up a tree or making cookies without it. We rely on music to ignite the Christmas Spirt and keep it alive throughout the season.”

Enter the contest to win the album via our Facebook Widget! 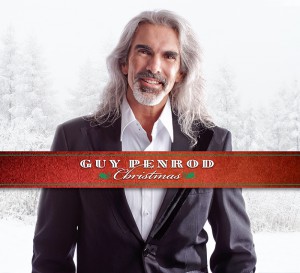