There are 14 tracks on the album including three co-written by the superstar himself.

Garth Brooks spent the morning in Nashville giving a preview of his highly-anticipated new album, Man Against Machine, set to be released everywhere on November 11th. Naming it one of his most personal pieces of work to date, the singer/songwriter sampled the 14-track album for the eager crowd at Sony Nashville’s offices before giving a powerful acoustic performance of “Mom,” written by Don Sampson and Wynn Varble.

The star also gave fans a sneak peek at the record on Halloween.

Garth, who in 2000, was certified by the RIAA as the #1-selling solo artist in U. S. history and has sold 134 million albums to date, virtually receiving every music award possible, continues his world tour in Lexington, KY this evening. 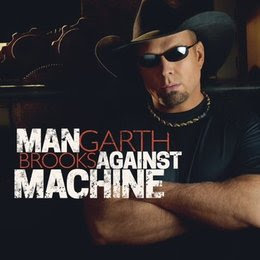